Five NHL Rookies to Keep an Eye on this Season
Friday, January 29, 2021

It’s an exciting time for fans as the NHL is back!

After some uncertainty of a season start date due to the COVID-19 pandemic, fans and players have reason to rejoice as the puck officially dropped on January 13, 2021 for what will be an abbreviated 56 game season.

So, let the passionate debates among hockey fans begin about not only which team will win the Stanley Cup but also who will win the various NHL individual awards such as the hotly contested Calder Memorial Trophy.

In hindsight, there are no clear-cut answers as this season will see fans entertained by the speed and talent of numerous highly touted young rookies looking to make an immediate impact in the NHL.

Among this year’s favourite for the Calder has to be 2020 NHL Entry Draft first overall pick, 19-year-old Rimouski Oceanic left-winger Alexis Lafreniere. This 6’1” 195-pound team captain is coming off a dominating year in the QMJHL which saw him lead the league with 112 points (35 goals, 77 assists) as he ranked number one in final rankings of North American skaters by NHL Central Scouting.

“Alexis Lafreniere is justly viewed as the consensus No. 1 for the 2020 NHL Draft,” Dan Marr, who is the director of NHL Central Scouting said early in the 2019-20 season. “His play and development over the past two seasons make worthy of this distinction.”

Lafreniere, who was chosen first overall by the New York Rangers becomes the first player from Rimouski to be drafted first overall since superstar Sid ‘The Kid’ Crosby in 2005 by the Pittsburgh Penguins.

“I’m trying to get better every day, every game, every practice,” Lafreniere said early in the 2019-20 season. “Trying to focus on myself and how I can grow as a player. My offensive game is much better now than it was this time last season.”

The season prior, Lafreniere had a solid campaign as he was voted QMJHL MVP after scoring 105 points with 37 goals and 68 assists. No question, this talented forward is a solid Calder Memorial Trophy candidate. 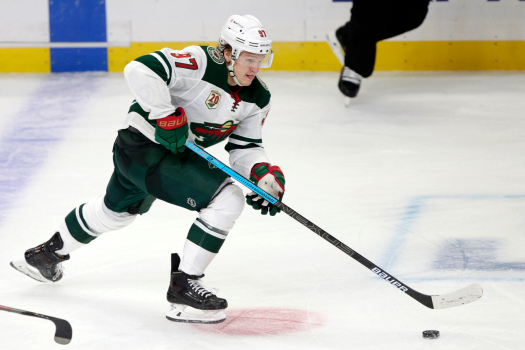 This is an exciting time for Minnesota Wild fans who get to watch a player they have heard about for the past few years in 23-year-old left winger Kirill Kaprizov who is coming off two solid seasons in the Kontinental Hockey League. In making a statement, this 5’9” 185 pound forward led the league in consecutive seasons with 33 and 30 goal seasons.

Kaprizov, who is from Novokuznetsk Russia, was drafted 135th overall by the Wild in the 2015 NHL Entry Draft. He has spent the past three seasons skating for CSKA Moscow in the KHL where he played 160 games and scored 78 goals along with 153 total points.

Making an early statement Kaprizov impressed in Minnesota’s opener where he scored the overtime winner in a three-point debut performance during a 4-3 win against the Los Angeles Kings. 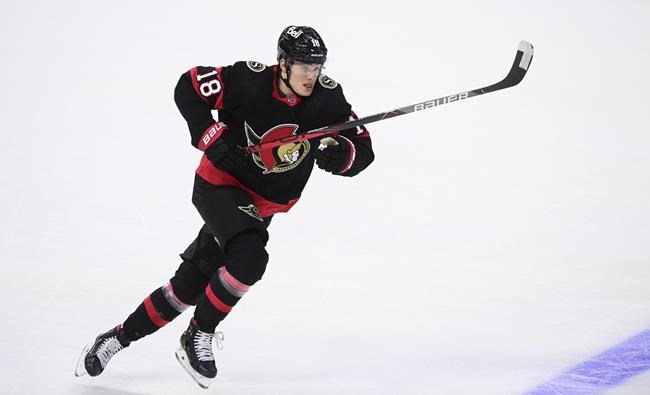 It was a busy off-season for the Ottawa Senators, who among their many moves included obtaining former two-time Stanley Cup winning goalie Matt Murray. Another exciting move for the Sens was selecting 19-year-old German forward Tim Stutzle third overall in the 2020 NHL Entry Draft.

Stutzle who was named the top European prospect, excelled in Germany’s top elite league where playing against men, he won Rookie of the Year after a 34 point (seven goals, 27 assist) campaign.

Prior to being drafted Stutzle said, “Playing with men and training with men all the time… has helped me a lot. They want to make me better and I’m so thankful to my teammates… It was a great season for me. I hate losing and I want to win every game and I want to make a difference. I am humble and hardworking, so I also want to improve myself every day. There are a lot of good players in the Draft and I’m honored to be part of it.”

Scouts have referred to the 6’1” 187 pound forward as being the complete package. An excellent skater who excels at both ends of the ice.

“We are thrilled to welcome Tim to the Senators, to Ottawa and the National Hockey League,” said Senators owner Eugene Melnyk. “Tim’s acquisition represents yet another core piece in our quest to build momentum towards icing a consistent, elite-level team.”

The Senators probably won’t make the playoffs, but the future looks bright for Sens fans with their young talent pool which of course now includes Stutzle.

Meanwhile, there is also lots of excitement in La La land, where the Los Angeles Kings selected second overall in last year’s draft, centerman Quinton Byfield who will get every opportunity to compete for the Kings second line center position, behind veteran Anze Kopitar.

Byfield, who at 6’4” and 215 pounds, has the size, to dominate. Back in 2018 selected first in the OHL draft by the Sudbury Wolves. He proved to be the real deal. There was no adjustment period for this hulking forward who scored 29 goals and 61 points which earned him the OHL and CHL Rookie of the Year. That summer, he impressed overseas at the Hlinka-Gretzky Cup where representing Team Canada he couldn’t be stopped as he scored eight points in eight games in helping Canada to a silver medal finish.

This past season, Byfield improved on those numbers as he erupted in his draft year with 32 goals and 82 total points. He also represented Canada at the World Junior Championships. 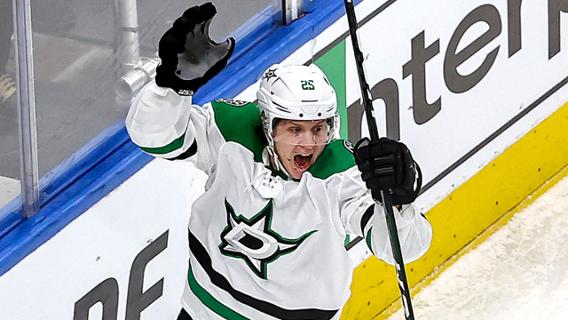 Another of the many talented rookies to watch out for is Dallas Stars right winger Joel Kiviranta who had his coming out party last year in the playoffs where he erupted for five goals, six points and a +7 in only 14 games. Among his five goals included a clutch performing Game 7 hattrick in their Western Conference series win against the Colorado Avalanche.

Kiviranta, who is 24 years-old from Finland, stands at 5’10” and 163 pounds and signed a two-year entry-level contract with Dallas on June 1, 2019. Last year he played in 48 games for the AHL’s Texas Stars where he tallied 12 goals and 23 points in 48 games. He also got a taste of the NHL where Kiviranta dressed for 11 games and scored a goal which came on February 1, 2020 against the New Jersey Devils.

Coming into the season this skilled forward is projected to be among the top six forwards and has the potential to have a solid season, and should be in the running for Calder Trophy considerations.

Besides these five prominent names, fans will be highly entertained as they watch several more extremely skilled elite rookies showcase their talents and make a case to be serious candidates for NHL Rookie of the Year.