Naturally, there are no clear-cut answers when debating hockey’s greatest NHL rivalries.

Throughout the years, fans from all across the globe have taken pride in slipping on their favourite NHL team jersey and passionately debating among friends, family or co-workers what they believe to be the greatest NHL rivalries of all time.

Among the top five most legendary and fiercest rivalries include two original Six teams in the Montreal Canadiens verses the Boston Bruins. In reminiscing, retired Bruins forward Bob Sweeney, who played for the B’ in the late 1980s to early 90s, once compared it to Major League Baseball’s version of New York Yankees vs. Boston Red Sox.

Dedicated Habs and Bruins fans in their early 50s and up more than likely remember the historical events of May 10, 1979, at the Montreal Forum where Stanley Cup Semi-Finals Game 7 action was taking place.

On this night, Boston, who was coached by Don Cherry, led 3-1 after 40 minutes but needed a third period goal from Rick Middleton, which came with just under four minutes remaining, to restore their lead at 4-3. Shortly afterwards, the Bruins took a too many men on the ice penalty and with less than two minutes remaining to play, Montreal’s Guy Lafleur scored on a power play to force overtime and break the hearts of New England fans. In overtime, with a spot in the Stanley Cup finals on the line, it was another Habs forward in Yvon Lambert who made rivalry history. Lambert ended up scoring the biggest goal of his life in what was an eventual Game 7 semi-finals 5-4 playoff series win, which propelled them to the Stanley Cup finals where Montreal would eventually go on to beat the New York Rangers. 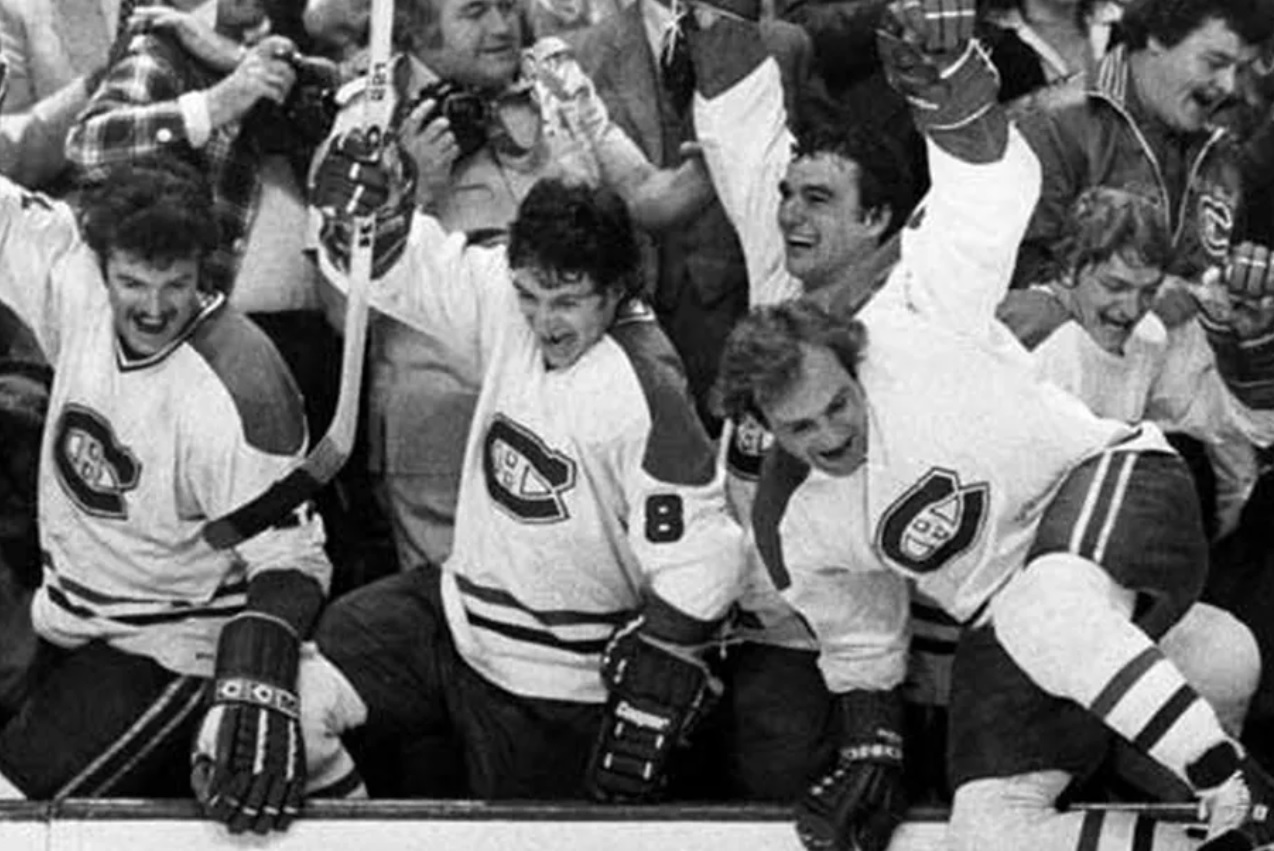 Another significant historical date which older fans of the rivalry would know was March 13, 1955, which was the lead-up of a famous hockey event in Montreal known as the Richard Riot.

During this March 13th game, forward Maurice Richard got into an ugly fracas with Bruins Hal Laycoe, which eventually resulted in Richard losing his temper and slugging linesman Cliff Thompson, who at the time was restraining him.

Naturally, Richard was punished by League President Clarence Campbell, who decided to suspend him for the remaining regular-season games. Shortly after the ruling, Campbell attended the Montreal Forum where on March 17, 1955, against the Detroit Red Wings, Montreal fans showed frustration towards the Commissioner. These dedicated fans were still worked up about Campbell’s verdict and a tear gas bomb was lit in the Forum and fans began throwing things at the President. Eventually, this led to violence spilling onto the Montreal street and windows getting broken in what became known as the famous Richard Riot.

The year 1929 saw these two Original Six franchises kick off their first ever-playoff series. They had met in 34 series, with the Canadiens coming away winning 25 series to Boston’s nine. These two teams met in seven Stanley Cup finals, the first being in the spring of 1929/30 when Montreal swept a best two out of three series. It wouldn’t be until about 15 years later, in the 1945/46 campaign, when these two teams would meet again in the Stanley Cup finals, where Montreal won in five games.

In recent years, the Canadiens have been rebuilding while Boston has ranked among the favourites to lift Lord Stanley. Despite one team being so much closer today than the other at having a chance to win the Cup, it’s still pretty special among fans when these two squads meet. The last time these two teams met in post-season was in 2013-2014 when Montreal in Eastern Semifinals action defeated Boston in seven games.

A favourite debate when talking about the Wings vs. Habs rivalry was who was a better player, Maurice Richard or Gordie Howe? During the 1950s both were at their peak. When their careers ended, Detroit fans had reason to feel that pride as Howe went on to shatter Richard’s record of 544 career goals.

The rivalry between these two teams peaked in the 50s, when the Wings defeated Montreal in three Stanley Cup Finals before the Canadiens emerged victorious in 1955-56. Following that Cup, Montreal would go on to make franchise history as they triumphantly lifted the Stanley Cup a total of five straight times.

These two teams last squared off in post-season back in 1978, when in Quarter Finals action, the Habs prevailed, winning their best of seven in five games. Later on that spring, the Canadiens would once again win the Stanley Cup.

Toronto Maple Leafs fans of a certain age will have fond memories of the Leafs vs. Canadiens rivalry which saw them compete in 15 Stanley Cup playoff matches including five storied Stanley Cup finals.

Chances are a date which fans of this rivalry will know is May 2, 1967, when, in a packed Maple Leaf Gardens, Leafs captain George Armstrong scored in Game 6 a late third period open- net goal to clinch a Stanley Cup 3-1 win.  Images of that goal, which of course was the final one scored in the Original Six era have been shown on countless hockey videos. As Leafs fans know all too well, Toronto has not drunk from the cup since that series.