February is Black History Month. The month-long observation in Canada and the United States celebrates Black achievement, contributions and perseverance. Efforts are highlighted throughout the month, with features on the many individuals who have been inspirational at every level of the game. It’s a testament to how far hockey has come with regards to inclusivity and diversity, and how far we still have to go.

Women are no strangers to tackling inclusivity in hockey. They are fighting many battles, including recognition, sustainable wages, and opportunities to play. They have seen exponential growth in the sport; however, representation is another common issue with so few players of colour.

The NHL promotes their ‘Hockey Is For Everyone’ campaign, using the game of hockey ‘to drive positive social change and foster more inclusive communities.’ Many, however, question whether there is enough action being done to further this initiative. Are the right conversations taking place? Is there too much silence on the subject of racial equality? With a lack of Black female representation, minority groups have the bigger sense that hockey is not for them. Girls need to have role models who look like them to help pave the way.

There's an impactful shift occurring that is challenging the culture of hockey. Here we recognize a few of those women who are taking action and inspiring the next generation.

Regarded as a Trailblazer, Blake Bolden has been breaking barriers for black women in hockey both on and off the ice. Her passion for hockey began at a young age, and she went on to enjoy an accomplished career. Selected fifth overall in the first round of the CWHL (Canadian Women’s Hockey League) Draft by the Boston Blades, this would mark the first time an African-American player was drafted in the first round in the CWHL Draft's history. In 2016, Bolden joined the Boston Pride of the NWHL (National Women’s Hockey League) where she became the first Black woman to play in the league and was instrumental in helping the team win the inaugural Isobel Cup.

Bolden is an ambassador for the game and has embraced being a role model for the next generation. Reflecting on her experience growing up in hockey, she’s quoted as saying: "When I was a little girl I didn't look up and see anyone that looked like me so I really took that to heart and I want to be that person for all the little girls behind me."

Recently Bolden joined the LA Kings pro scouting staff and is one of few female scouts in the NHL, and first Black woman. As part of the King’s front office, she also holds the position of growth and inclusion specialist on the community relations side. She is working with the team’s executive leadership, Kings Care Foundation and hockey development departments on diversity and inclusion. The Kings organization has recognized they can do more to contribute to systemic change and promote equality, and Bolden is leading their charge.

This rising star in Canadian hockey is finding her voice for racial equality, using her platform as a powerful tool. Nurse, a member of the Canadian national team and Olympic medallist, has been finding her place in hockey as a bi-racial player her entire life. She was inspired at seven years old when she saw women compete in hockey at the 2002 Olympics in Salt Lake City. Struggling without role models as she grew up, it’s important for her to be an example and empower the next generation.

Nurse was one of the first hockey players to speak out after the killing of George Floyd. Frustrated by the silence of the women’s hockey community towards the Black Lives Matter movement, she reached out to the Professional Women’s Hockey Association (PWHPA) for more action. She has since joined the PWHPA board, becoming an essential voice on the board who lacked representation in their leadership.

The changes that Nurse has started to witness have inspired her: “I’ve been so amazed at how our teammates have really leaned in, and wanted to learn more and educate themselves on social-justice issues and racism, and it’s made me hopeful for the future of our game.” Her message of hope is a part of the Adidas campaign ‘Ready for Change.’ 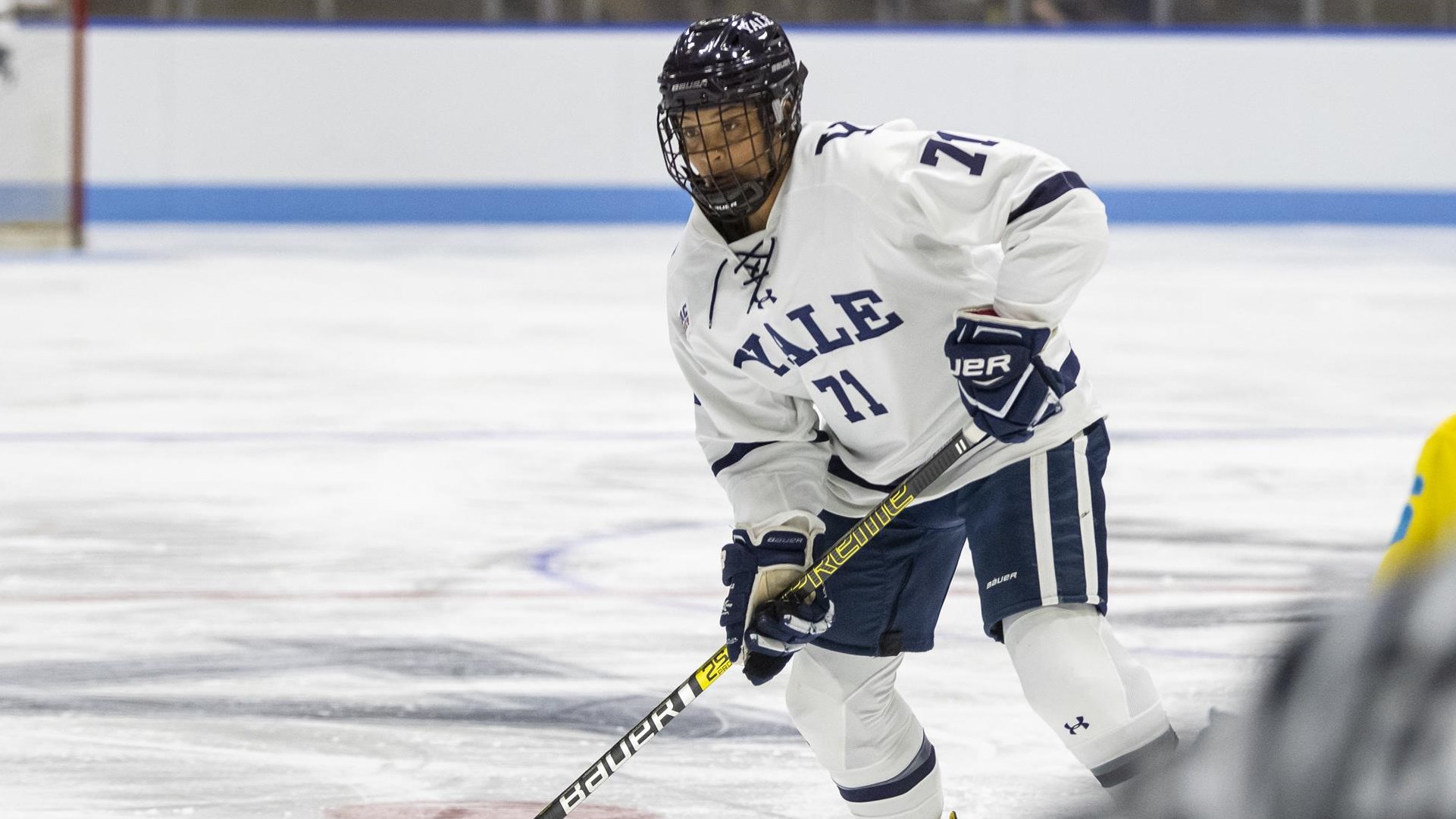 The NWHL rookie defender for the Metropolitan Riveters found herself in a unique position when she started her professional career. The 4th overall pick in the 2020 NWHL Draft is an emerging force for diversity and inclusion, long outspoken about issues of racism in hockey. Having grown up facing racial comments while playing hockey at a young age and on the Yale University hockey team, this treatment nearly caused her lose her passion for hockey. In an interview on Sports Talk with Erica Ayala, Tinker describes a time when she almost didn’t pursue a professional career due to the feeling of being alone in a predominantly white space.

Tinker has taken advantage of her platform to speak out, becoming one of the most prominent voices today. She had turned that voice into action, quoted saying: “I want other young, Black women to see me as a role model and to see that if you are yourself and you do speak up, that change can come, and I hope to be able to create those changes in the league before [those young players] even get there, before they even have to experience that.” Tinker volunteers for the Black Girls Hockey Club and has started her own mentorship program for girls ages 11 to 17. She is also a recent member of the Columbus Ice Hockey Club board, an affiliate of the NHL’s Hockey is for Everyone initiative.

Renee Hess founded the Black Girl Hockey Club (BGHC) in October 2018, and since then, it has become a prominent player in the push for diversity. The non-profit organization and is working “to prevent exclusion in hockey based on race, gender, sexuality or ability in the face of institutional racism, financial gatekeeping and program access.”

A long-time fan, Hess noticed the lack of representation amongst fans and created an online presence to unite Black women in hockey. Today, her social presence has expanded to include Digital Programming and Events, Scholarships, Educational Resources, and Community Events to further their mission. The BGHC continues to grow, partnering with NHL teams like the Toronto Maple Leafs and Seattle Kraken.

The BGHC’s work includes the launch of the Get Uncomfortable Campaign: a pledge to encourage the public to disrupt racism on and off the ice and make hockey more welcoming for everyone. In addition to creating conversation and furthering the education of racial issues, the BGHC is tackling the barriers that keep Black females from playing the game. Hockey is a costly sport and through scholarships, they are able to assist girls between the ages of nine and 18 with the financial burden that ranges from tee fees to new equipment and travel costs.